The cyclops then emerged from behind the wall. He was at least 8 feet tall with muscles two times the size of his head. His copper skin shone in the moonlight making him look even more unbelievable. In his arms, he held a gigantic sledgehammer. He looked over at me and Michael and I got a glimpse of his face. He had a flat nose that turned up like a pig and was covered completely in mucus along with most of his mouth, which was fixed in an eternal snarl. All of these ugly features scared me but the most petrifying of all his traits was his single eye.

His eye was of muddy color surrounded by a sea of red. The eye seemed to cut right through where ever he seemed to look at. He didn't seem to be looking at me. No, not me but my soul. My very being was being observed by this single eye and I felt violated. 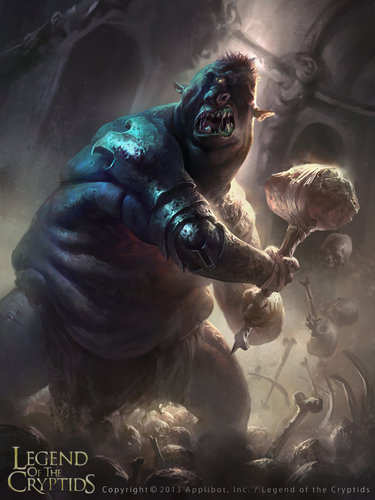 My first card for Applibot's Legend of the Cryptids! a huge pleasure to be working with them, really enjoying and having fun, and thats always the most important part :D! 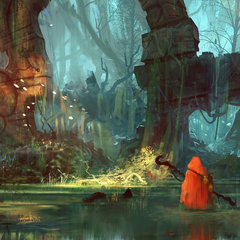 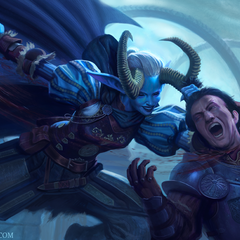 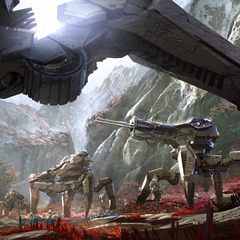