Can you get any more simple than Hulk?
Hulk smashes. It's what he does. Right?

That's not actually all there is to the character though. The Hulk is actually a "bad" wish fulfillment fantasy in the sense that sure, he is super tough and sure he can do whatever he wants through brute force and hey it's fun to watch him rip people apart.

But so does almost every single "brute" hero. Hell, Superman is all about ripping bad guys in half (without actually killing them of course!). Rather what makes Hulk special is that he is pure anger, rage incarnate. There is no reasoning with the Hulk, only raw emotion.

Hulk is all about losing control, or even losing part of what makes you... You. As an acrchetype, he evolved from being Mr. Hyde to being the monster that lives inside of us.

Sometimes that monster is needed.

But in the end, Hulk wishes to be left alone. This is a character whose main goal is just to be left to his own devices.

Perhaps this is what makes him so unique and interesting to his fans, that he has so much energy but in the end, the character itself knows he doesn't belong. That he doesn't fit in. 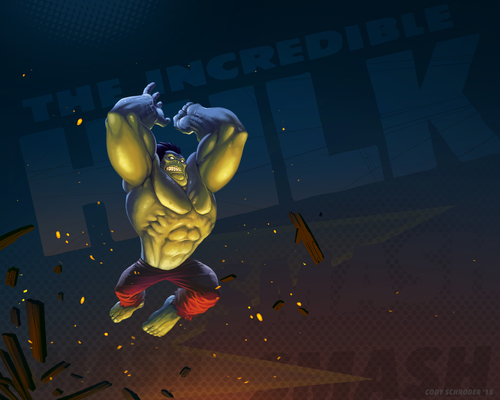 The first in a planned series of comic characters. Just having a little fun with some of my favorites.