The sinister cloaked figure walked towards the strange crater that had emerged from the gutters of earth itself. A vicious smile in his crooked lips could be seem as several tombs emerge from the crater flowing with magma.

He utters, content with the results of his gambit. From behind the figure, a man-like silhuette can be seen. It also flows with magma, and it's body is composed of molten rocks - Magman!

"I've finally found you, Stalker! This is it. There is nowhere for you to run."

This so called Stalker turns his attention towards our magnanimous hero.

"Ah! Magman! You finally arrived. Had trouble finding me? Heh... Perhaps I hid my intentions too well from Her."

Magman flinches for a moment. This so called Stalker had been collecting all sort of crystals from the local Honolulu lab, but he was always one step behind him. And he is acting as if he was in total control of these encounters - As if he wasn't just expecting Magman's arrival, but planned for it to happen.

"What exactly are you planning, Stalker?! What did you do with the Earth Crystals?"

The Stalker stepped closer and closer to Magman, not showing any signs of fear. It was if the strange man was in control.

"Your own core was crafted by Earth's soul isn't it, Magman? Consider this an experiment. Those rocks you see all around me? Well..."

As Stalker was explainning his devilish plan, the tombs emerging from the crater start blowing up, one by one, revealing humanoid-like creatures made out of molten rock and Magma - They all look very similar to Magman.

"Consider them a project. See? Human techonology and ingenuity is all you need! Earth's nature is just a resource to be exploited. You aren't special."

As the Stalker says this, the creatures encircle Magman. He stops, as if he was trying to feel the air around him.

But that didn't stop the magma monsters from jumping our hero, who entered the earth. The monsters all hit each other trying to reap themselves up.

Stalker is stopped by two pincer-like rock formations surging from the earth and imprisoning his slender body. A voice could be hear from said pincers.

"There is a reason Earth's Souls needed a human champion doning it's magma armor. Its nature is to be appreciated, cherished even. But it can only be sustained by a human hand. In your mad pursuit of abusing Mother Earth's gifts, you forgot your very own humanity! These mindless beasts are of no danger for me!"

Magman remerge from the crater with his humanoid-like body triumphant. The Stalker is powerless in the grasp of our hero. The Magma creatures mindless destroyed each other.
Having foiled the Stalker's schemes, Honolulu has been saved yet again. 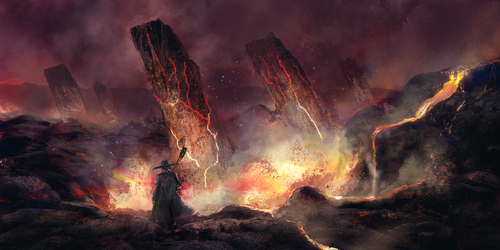 A speedpaint pushed a bit farther 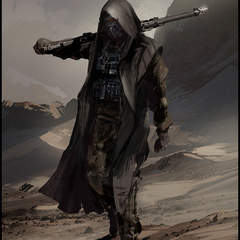 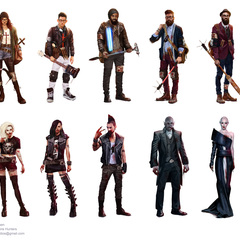 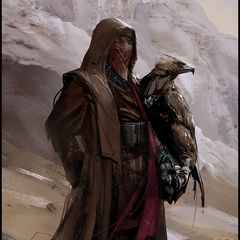 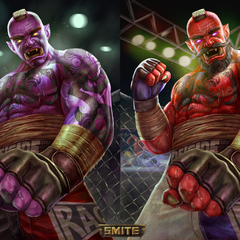 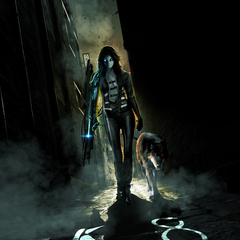 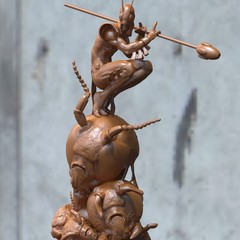