There it was, the tall giant of a ship. My father always told me that it had also been there, but who would have brought it there, I always asked him. He would respond with the same thing, "The gods of the past." But what kind of gods? Did they live on Earth? How could they possibly have made such a huge thing float on water? My father didn't bother with those type of questions. He wasn't alive then, he always told me, how would he possibly know?

I walked by it again. It must have been the 200th time, but I was still curious about the huge sails, the twisting ropes, and large holes on the side that seemed to suck in every inch of light that was foolish enough to get near it. I was walking with my grandmother. She had lived in the time of the gods, or so she said. Everyone just told me she was crazy. I never denied it, she certainly seemed crazy.

"Ah, so you're curious about that there." she said, pointing to the mammoth of a ship. I nodded. "I remember when it was built. It took three years to build. That it did."

I rolled my eyes. "Whatever you say, Grandma."

She looked at me disapprovingly. "So you don't believe me?"

I sighed deeply, my hand going to the back of my head, playing with my curls. "Well how can I, Grandma? It just doesn't seem right."

She looked down. "Well I thought you'd have more sense than that!" She had stopped walking and stared at the ship thoughtfully.

"Would you like to know how it got here?" She didn't look at me, but I nodded anyway. "It was made when I was a young girl, a bit younger than you. By the time it was done, though, I would have been older and would have been known as a woman by then. My parents didn't pay much attention to me, they had five other kids they'd much rather have cared for. They wouldn't have noticed my absence, so when I got a chance, I went on the first boat out of my hometown. Now the boat I went on would have made this boat look like a rowboat!"

"Now that couldn't possibly be true. A ship that big would be impossible!" She smacked the back of my head.

“Calm down, now. Well it was humongous. 1000 people could have been on it at once!” That was when I really couldn’t believe her. “We stayed a whole month on ship. That was when it started to go bad. A huge storm hit. The waves crashed into the ship over and over again. You couldn’t see a thing except for the foamy white of the water, towering high above you.” She lifted her arm over her head, showing me how high it was. “Many people washed over-board. My friend Sam did. I met her while trying to find my room and she helped me.” She stopped and smiled, then shook the memory away.

“Never mind that, only a couple of us managed not to drown. We had even less food than people. We soon began to starve. Have you ever not eaten anything for a week? Well I didn’t think you would have. By that time, the evil was beginning to come out of everyone. By a month, there were two different groups of people on the ship who hated each other. There was much death and fighting. The groups were equivalent to street gangs. I nearly died in one of these fights. Got cut from the back of my neck to the middle of my back.” I stopped her for a second.

She shrugged. “I don’t remember. All I know is that it was something stupid, like someone stealing resources for themselves. Well, we stayed on for a couple more weeks. Half of the remaining group was on the verge of dying.”

She looked at the ship for a moment, then continued with her story. “One day we saw a ship in the distance. That one.” She pointed to the giant ship in front of us. “We waved and hollered at it, trying to get someone’s attention. Ship got closer to us, and by then it was much too late. Without caution we boarded the ship, searching for food and supplies. It was much too quiet. It smelled of rotting milk and flesh. When we went inside of it, the smell got even worse. A green and yellow sludge was all over the wall and the floor. It made it almost impossible to walk around without slipping, but we managed to get around.”

“We opened every door we came to, finding nothing. Every room was empty and the farther we went in, the worse it smelled. Then we came to the last door down a hall. It took us a couple hours and some splitting up to get to it. And there it was, the last door. We opened it up. We weren’t ready for what was inside. These large creatures, snake-like. but very much like humans mixed with… slug.” Her face fell and she didn’t look like telling the rest, but she did anyway. “I and one other person got out alive. Me and your grandpa. It was by luck that we got out. The ship crashed onto this shore and we jumped off. We found other people, but all of them seemed to have forgotten what any type of technology was. They didn’t understand the concept of math, or science, or even religion for that matter. Me and your grandpa had to rebuild everything. And I still never got over what those creatures on the ship said to us when we jumped off.”

I was excited now. “What did they say, Granny?” She looked at the ship one more time.

“They said, ‘We’ll get you someday! You will never be too far away from us’ then they disappeared into the water.” My grandma walked away and wouldn’t answer more question.

I couldn’t have asked her much questions either. A week later my brother found her dead in her home when he was sent to give her some food that my mother had cooked that night. She was found covered in a pink slime, and to this day I never think about going near the damned ship. 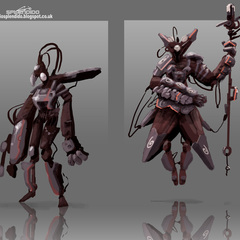 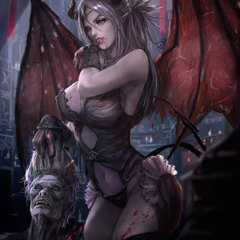 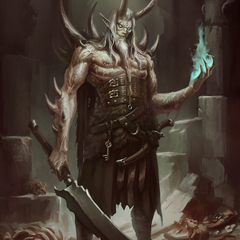