On the moon of the distant planet Sixtar, heroes are made, not born.
Made out of necessity, out of survival.
While the bodies of all the life on Sixtar were made out of plastic, metal and energy, core, their minds were in constant evolution. They divided among tribes and they all took part in 'The Hunt'.

The hunt was not done by survival in the traditional, human sense. For the people of Sixtar did not need to eat or drink to recharge their cores under the light of their sun.
Rather, this was a show of force. A proof that a particular tribe had capable warriors, creating a 'deterrence' for possible conflicts. The brains of the Sixtar were highly logical - If there is a powerful, deadly warrior in another tribe, why risk losing your life going after them?'.

But this wasn't just the quiet, rational of robot-like beings in a distant moon. There was 'play' here. This tradition of the hunt was a way for the people of Sixtar to pass down the memes of their culture to the next generation of artificial beings.

One of the youths that went by the name 33I0 (Three-Three I Oh) had inherited the double-voulge, a powerful shaft based energy weapon that his father used on his Hunts. For him, hunting down the giant electronic snake was more than a show of strength. It was tradition.

When he cornered the terrible monster he didn't hesitate. He leapt into action, holding tight the weapon that connected him with his family
There was no fear as he clashed his weapon against the creature's mouth.
No hesitation as Three-Three activated the energy blasts from his village, ripping plastic pieces from the beast.
No tears as the creature engulfed the youth with its mouth.

Three-Three died that day, as a warrior of Sixtar. The lineage of the double-voyage ended that day. But his death was not in vain, it motivated the tribe, made them learn from his mistakes.

Even in death, evolution. The Sixtar tradition has been an ever evolving one. 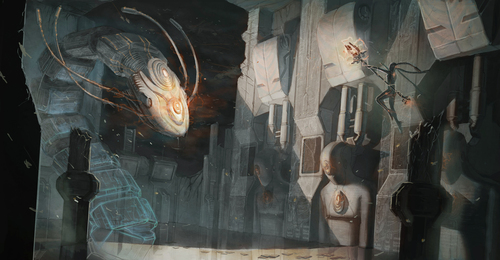 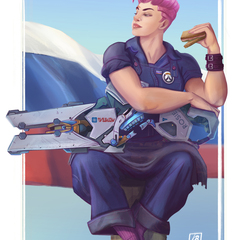