A dusty and opulent palace was the home of a king.
This king that once commanded fear and respect from it's subjects due to how strict yet fair his laws were once commanded a mighty cadre of knights.
That king doesn't exist no more.
In his place, a shell of a man. Old. Cynical. Angry.
This man that was once know for being a great leader transformed into an old politician grasping at straws of power for power's sake. His laws were nothing more than a show of strength, a gasp directed at his own subjects as if he was saying:
"Look at me! I am not dead yet."
The dusty palace stood for years as a seat of power for the vanity of this non-entity. Once great, but no more.

Enter the Fair Knight.
A beutiful young man with the heart most pure. His name, as well most things that are pure and good were purged from the old king's mind. Yet he still regonizes the man as he slowly advances the palace. He cannot hide his smile as the man kneels towards him - a sign of obedience.

"My liege, I've returned from my quest for the chalice, as ordered by you fifty years ago."
Says the knight, no hesitation in his words. The eyes of the old man that was once king water, a mix of greed, happiness and release bubble down his wrinkled face.

"This... This is great news! Great news indeed! For over fifty years, no man has returned from their quest for the fabled chalice of legend. My fair knight, do tell me about your travels."

The old king blinks, as if surprised by his own choice of words. Was he senile? The young man couldn't possible be one of his questing knights. But before he could voice his confusion, the knight spoke.

"All the maps lead us to dead ends. Refusing to fail their beloved king, the Knights keep on their quest as long their body could take them. Many perished on this world of flesh, but their souls remained pure to the cause until the bitter end."

The young knight didn't dare to stare at the king, looking sideways as he spoke his piece. The king however was enthralled by what the young one had to say.

The young man finally lays his eyes to the king. A transformation occurs. The fair knight hair turns from golden blonde to pale silver. His wrinkled face could match the king's very on old mug. The young man had turned into an old man. However, the king didn't relish, he still stared with great intesrest to the new old man.

"We found out that the chalice is within us. To grown old and weary, to let go the dreams of our youth... It is a choice. These men believed the tale of the chalice. They believed in prosperity. And so, they helped those they came across their journeys - For the chalice prosperity was to be shared. It is how I ended my quest. I finally reached for the chalice I call life."

Humbled by that words, the king stares at the floor of his castle, in a morbid silence. His chalice was empty as the halls of his palace. 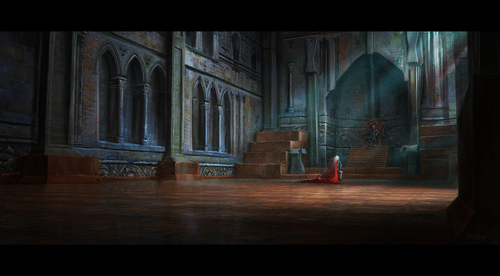 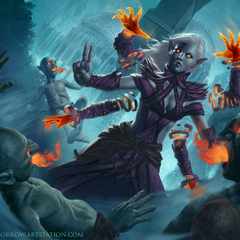 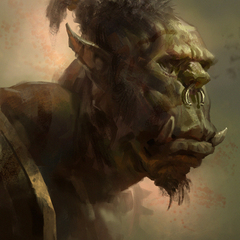 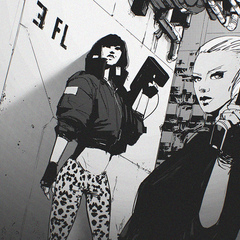 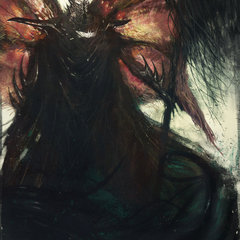 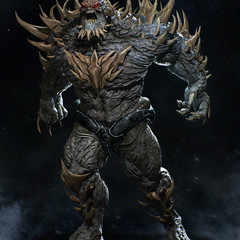 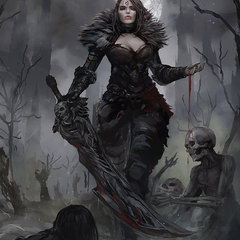