Smoke rolled along the ground, practically illustrating the direction of the air flow. Hidden behind the ash was the remnants of a battle. Robots, mechanics, various weapons and ammo were scattered in every direction. Appearing through the smoke was the shadow of a human, decked out in large, battle-worn armor. Through the silence of the battlefield, the clicking of heels along the dirt and rocks could be heard.

Kat emerged from the smoke, two pistols in her hands, smoke still billowing from the barrels. Looking around her surroundings in disgust, she snapped her gum and eventually placed her pistols in their proper holsters. Man. That was worse than the last time, she thought. Short, pink hair billowed in the wind, as the smoke blew back towards her. She rose an arm to block the debris and dust from her eyes. How many more were there? How much ammo did she even have left at this point? Shaking her head, she kicked a robot's head into the distance. It bounced along the other dead robots, leaving loud bangs in it's wake. She didn't have time to worry about that right now. Survival was all she had to worry about.

Suddenly a red laser flew by her, leaving a short red scratch on her cheek. She rose her nose in disgust and peered through the dust. What now? A robot emerged, taking steps while the mechanics clicked and jerked in response, making it's steps unnatural and uneven. Kat laughed and put her hands on her hips.

"That all you got?" The robot continued to advance, firing quickly now. Kat jumped and avoided each blast with ease. She flipped in the air and swiftly landed on all fours, like a cat. She grabbed a pistol from it's holster and fired with incredible accuracy. The robot's head exploded in response and it's body fell to the ground in a crumble. Kat smirked and stood to her full height, sliding the pistol back into it's leather home. That was close. She touched at her cheek and pulled her hand away. Tch. Bastard. Sighing she put her hands behind her head and started to walk through the debris again, her gum snapping occasionally.

Continuing on her way, each step she took almost seemed to shake the ground all of a sudden. That was new. She took a few more tenative steps, matching up to the ground shakes. She then stopped, expecting the shaking to stop as well, but it continued.

"Okay...well that's weird." The shaking seemed to get loud, and much more intense. Something was coming. Kat stood to her full height and looked over her shoulder as a giant shadow was emerging from the smoke and dust. A spider-like tank appeared through the smoke, each step practically lifting Kat from the ground. The tank stopped and a giant machine gun slowly turned to face her. Kat blew a bubble from her gum and grabbed both pistols, holding them up near to her face and smirking.

Showtime is an original IP and collection of mini-stories based in near future cyberpunk worlds. 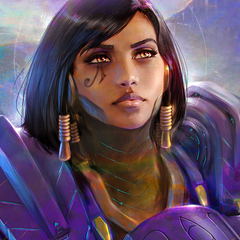 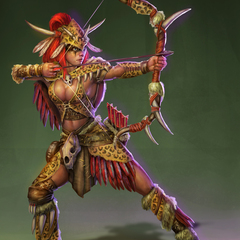 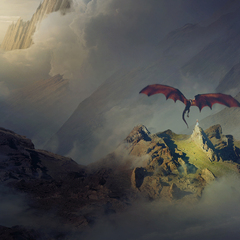 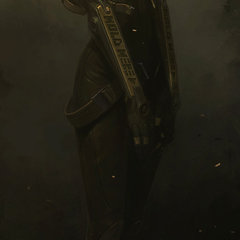