The Space Dragon Within

In the rock-like structure that connects the Red Planet with the Blue plane, lies a powerful guardian.
The natives call it "The Dragon", or how most mercenaries and adventurers call it, "The Space Dragon".

No one really knows how such majestic and terrible creature made the place between the siamese planets it's lair, but after several failed expeditions to clean the rocky passage from the mystical beast, most of the Rock-People living around both planets agreed to leave the creature alone.

They do feed it with cattle and vegetables, by making offerings that are deliveried to the creature's lair.

So far, no incident involving the Space Dragon has ever happened outside of some confrontation with some mercenaries.

The Xeno bureau keeps tabs over the planet. It seems the association knows how destructive the creature can be. The Rock People population had to adapt and accept aliens and foreigners into their society, to keep guard over their little Space Dragon problem. 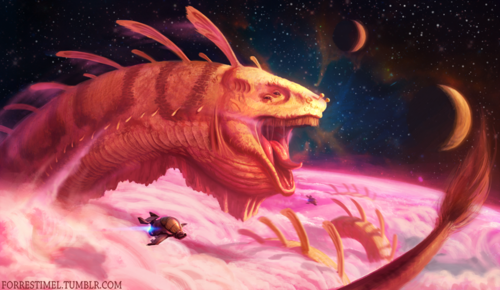 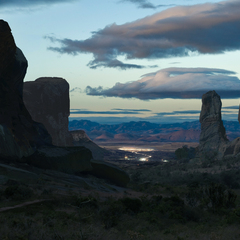 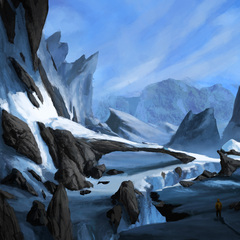