A journey that would last twenty long years and this choice alone would be carried by you all the way. it is impossible not to remember which of the three you picked first. Which one of the three starter pokemon would be your friend and help you in a journey about collecting and fighting equally colorful monsters.

If you picked Bulbasaur, you couldn't have a better pick really.
This is not just about aesthetics or what looks cool or not. It is a fact of life, Bulbasaur is "the easy mode" for Pokemon Red & Blue.

Most of the early toughest foes you will have to battle in a gym are weak to Grass, Bulbasaur's main type. When you arrive in Gyms that have an edge over your starter, you probably have already collected and trained pokemon that could cover for Bulbasaur's weakness.

Not only that, he learned several types of 'powder' or 'spore' moves, so capturing said Pokemon was much easier if you had other starters.
The kid who picked Bulbasaur had an easier time if learned the small details of the game.
This is, of course, before his evolutions and end game, where Bulbasaur's Ivysaur and Venosaur stages were slightly weaker than his competitors, not due to stats, but mostly because there wasn't that many straight forward and strong Grass moves and Poison moves.

Venosaur had tricky moves where an experienced player could dominate his friends if he learned how to properly control the flow of a match.

The Bulbasaur choice is for players who want an easier time to start playing the game, but they need to step up to fully realize their potential. 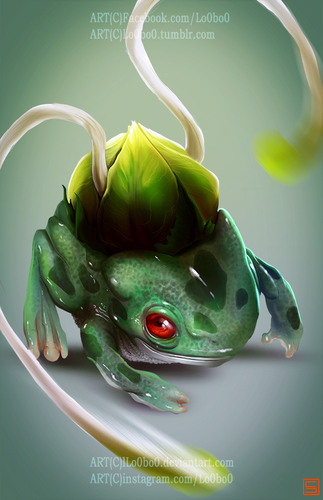