The court of the Shinning Prince was filled to the brim with the spoils of war. Gold could be found everywhere in his palace, giving him the nickname "The Sun's Jewel". However the constant warfare and strive around his lands made the peasants uneasy.

A show of Strength was necessary. One thing led to another and the glorious regent turned overnight into a tyrant.
"Fear the Yellow Sun for it signals your master demands". Suffice to say the working conditions on this Shinning Kingdom weren't the best, with the townsfolk adhering to maddening rules to avoid 'spies' from other kingdoms as well the commoners who tended the land being treated about as well as the cattle they were supposed to care. It's no wonder that unrest was soon to follow under the guise of an agitator.

Little was know of him, but the Prince was determined to know. So he brought one of his Servants who ran into this man the night prior.
"Tell me my servant. Who dares to challenges me from the darkness? Who refuses to walk under my yellow shinning sun?" sneers the regent. Contempt in every word.
"He is the one they call...The Priest of the Black Moon, sire." not daring to look at this tyrant in the eye, the servant spits the words with care.
"Black Moon? Preposterous! It's clearly a pretender to my throne trying to oppose me. Tell me my servant. What does this rat worships? You told me he was a priest so clearly this one must come from a clerical tradition." his thunderous voice echoes along the palace walls.
The servant gasps for air. The Prince was moved by the very looming of this priest. Despite hesitating, the servant imagines what would happen if the tyrant found waiting for whatever information he could relay.
"H-hope. He worships hope. He teaches the commoners the Moon is always there for them...Even When the Black Moon, the moon that one can not find at the night sky is gracing the heavens they should not lose hope." he states this as a matter of fact, trying to hide his fear. "He opposes you very words my lord! For if your rule is the yellow sun that burns those who oppose you, the black moon is the spirit that you cannot see, the one that gives solace from your majesty will." he raises his voice as if to mount indignation.
The prince needs to think he is in the same page as himself otherwise his life would be forfeit like the other rulers the tyrant slaughtered to fill his palace with gold.

The shinning prince stands from his throne as he walks towards the palace doors. "This priest...Servant! Tell me what does this priest look like?" he growls said words. The tyrant patience has ran out.
"He usually hides his face under a cloth, carries a staff with the symbol of freedom unchained and last time was seeing sporting some gold armor he robbed from one of your soldiers. This is all I know. I swear!" Scared, the servant puts some distance between him and his Lord.
"Hmpf." the Shinning Prince mutters to himself as he glances toward the coward one last time. He opens the doors of his palace with his very own hands.
"Men! We ride! We got a priest to catch-" he yells for his men, but what he found ouside of his castle made he stop on his heels.

It was night time. No moon on the sky. Yet he was surrounded by men dressed with bits and parts from stolen golden armor, their faces under a purple cloth mask. Hope has finally rose up to fight this man's opulence. Would it triumph? Now that is a story for another time... 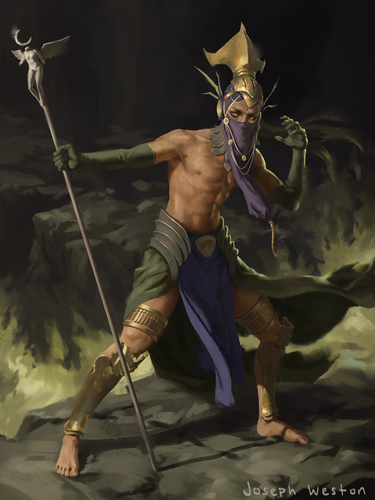 priest of the black moon 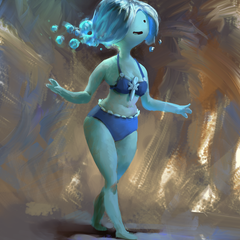 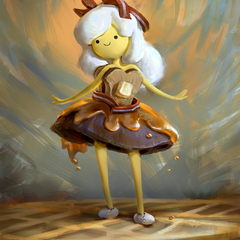 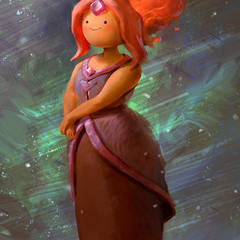 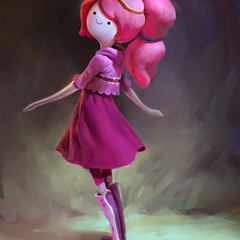 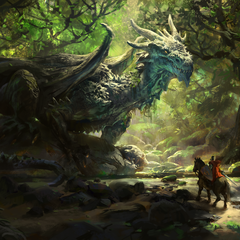 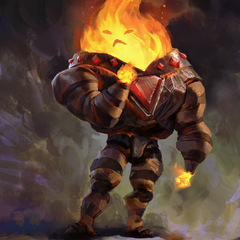